You are here: Home1 / Weaponised Fear 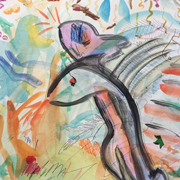 I have been studying fear for the last few years. My particular interest is in big, super-scary, existential fear, ‘our-way-of-life-is-doomed-and-nothing-to-be-done’ kind of fear. Themes from the likely effect of Donald Trump winning the US Presidency to the impact of climate change have provided me with much pause for thought. In my work on fear analysis I have come up with some interesting and overarching observations about how fear is manifest, applied and articulated. I also have been interested to see how fear is amplified and intensified, sometimes without any direct intention to do so on the part of the persons or persons doing the amplification and intensification.

Before I go too far, I do need to say a little in explanation.
I am an academic and I am particularly interested in systems approaches. By systems I mean mental model which help me to understand the world in terms of how things are wired up and connected. The world is very complex and it can be very, very confusing. In a sense everything is wired up to everything else and this can lead to a lot of confusion and indeed fear.
A systems approach can help us to gain insights into specific complexity and I am very interested in the complexity around fear.
Let’s take an example of complexity and fear: Brexit.
I should say at the outset that I am not in favour of Britain leaving Europe (for all kinds of reasons) and I have been looking at the discussions and arguments around Brexit and how they impact on me. They certainly make me feel fearful.
To deal with fear I have developed two systems models to help me. First I want to identify the fear process – to do that I have the scary (but accurate) sounding: ‘Paradigm of Fear’. Secondly I want to understand my response to fear. To do this I use a far more boringly labeled model called the ‘Fear response system’. How does the first part of this, the Paradigm bit, work? I will take a look at it and then see how I apply it to Brexit.
The Paradigm of Fear is actually a fairly simple circular model involving a fear weapon being aimed at a target, resulting in an emotion which can become a state which then encourages more weapons and more targeting etc. Here is a picture of it.
The paradigm works in a wicked way – by which I do not mean it is evil in nature but that it has some clever and tricky ways of tripping us up.
For example, Brexit. I am aware of a huge campaign of fear around Brexit. This is mainly aimed at people who fear immigrants – this is the primary weapon. The fear of large, possibly malignly intended groups of ‘others’ has been with us since long before Genghis Khan and I guess it will be with us for a lot longer. The weapon of un-contained numbers of ‘others’ coming to the UK is ramped up with no reference to existing or possible control mechanisms, benefits of immigration or the moral cases for aiding the destitute stranger. The immigrant is weaponised in stark and scary ways.

The target? Well that is you and me and everyone else but I think that the main target is those who feel that their lives or the lives of their children and friends are going to be severely impacted by these alien others taking their life chances. If the targeting is successful, then an emotion of fear is developed and if this in turn is allowed free range then it becomes a built-in state of fear. Here is the wicked part. When a state of fear is emergent – then the weapon can be refined, amplified and applied again and again to devastating effect. A real daisy-cutter of a fear bomb. Fear response in this case leads to a greater proclivity to a fear response. The cycle becomes reinforcing and amplification of fear almost runs on rails. A little more pushing and it is almost unstoppable. Look at the impact of the anti-Jewish campaign in Germany in the 1930s. It did not end well.
Of course the fear weapon can be used by all sides in a struggle. If we swop immigration for economic collapse, then we have a major theme in the Remain campaign. All sides use fear. What to do? Well, we can’t stop people using fear as a way to make us jump around.
What we can do is refuse to be stampeded on instinct. To try to understand the dog whistle, to understand how we are being manipulated by it and figure out for ourselves the rights and wrongs of the case. Systems approaches help.

Simon Bell is Professor of Innovation and Methodology at the Open University. His book: The Formations of Terror is due for publication with Cambridge Scholars early in 2017. 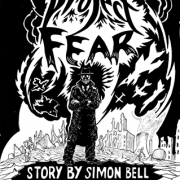 The project fear comic – find out how fear is weaponised and targeted and how to avoid making things worse! This comic is an easy access point to understand the Formations of Terror (2017.)

There are a host of books about fear but, as yet, there has been little attempt to methodically and systemically assess how fear emerges and is targeted. This highly readable yet rigorous book sets about the methodical assessment of fear as an emergent property. Working from the personal experience of fear as ‘everyman’, and then using examples and case studies, it explores the main principles which lie behind the manifestation of fear of all kinds. Using climate change as its specific point of focus, fear is seen to be a major force in problem assessment and analysis and, by accident or intention, a significant confusion to human decision making. By the systemic development of the main features of the Paradigm of Fear and the identification of Fear Amplifying and Fear Attenuating systems, the book demonstrates how fear can be contained, how new social forms can arise and how new behaviours and social qualities can mitigate the Formations of Terror.

Organisations and individuals suffer from fear – probably more than they like to admit. Numerous decisions are made based on underlying fears and anxieties but how can we map out and gain power over fearful things? There are a host of books about fear but, there has been little attempt to methodically and systemically assess how fear emerges and is targeted. In exploring the Formations of Terror or FoT participants set about the methodical assessment of fear as an emergent property. Working from personal experience of fear and teaching by use of examples and case studies, the FoT method will derive the main principles which lie behind the manifestation of fear of all kinds. Using climate change as a specific point of focus, fear is seen to be a major force in problem assessment and analysis and, by accident or intention, a significant confusion to human decision making. By studying the FoT, participants will gain a systemic assessment of the main features of the Paradigm of Fear. Furthermore, they will be able to identify Fear Amplifying and Fear Attenuating systems and learn how fear can be contained, how new social forms can arise and how new behaviours and social qualities can mitigate the Formations of Terror.

Find out how fear is weaponised and targeted and how to avoid making things worse! This comic an easy access point to understand the Formations of Terror.