Opportunities for ergonomic and human factors in new technical systems

One of the most frequent sources of change in working life is the implementation of new technology. This can have many implications for the work system. There will be an immediate need for staff to acquire new skills and there may be potentially far-reaching effects on jobs and the way work is organised. There are many opportunities for ergonomic and human factors (E/HF) interventions, but what can be achieved depends on the way the new technology is implemented. This chapter examines the different strategies by which new technology is implemented into the workplace and their implications for E/HF interventions.

The prevailing approach to technical system implementation has bene described as ‘technocentric’ or ‘technology push’ (Balham 1993, Eason 1993). In this approach the objective is seen in entirely technical terms: to design or purchase a complete technical system, to install the equipment, get it ‘up and running’ and train the users in its correct usage. If therein recognition that there may be wider ramifications for the work system, this is often framed as ‘resistance to change’ on the part of the workforce and is to be overcome by such mechanisms as appointing ‘user champions’ to act as persuaders and using industrial relations procedures to deal with disputes. 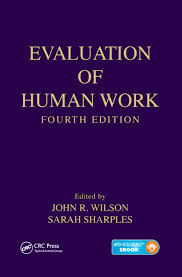