You are here: Home1 / Productivity

The book ‘Integrating healthcare with information and communication technology’ presents a collection of essays that discusses a set of challenges that arise when attempts are made to integrate Information and Communication Technology (ICT) into health care services. By exploring the outcomes of the National Programme for Information Technology (NPfIT) in the NHS in England the book attempts to learn from experience. It recognises that interoperable information systems are paramount for efficient integrated care, and contributions to explore ICT in the ongoing transformation processes towards seamless care should be of importance for the integrated care community.

The book consists of eleven chapters and the book is organised into three parts: Transforming Health Care Services using ICT, Electronic Health Records (EHR) and Global ICT Adoption and Implementation in Health Care. This national programme offered a wealth of learning about user-centred design, action research, understanding the intent of technology development and the impact of technology interoperability. The value of such learning is that by understanding where the approach was successful and not so successful future programmes could be better designed. 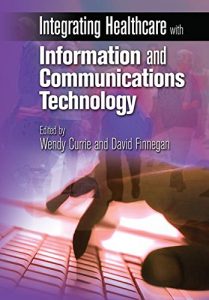 Review in the International Journal of Integrated Care