You are here: Home1 / All Articles2 / Project Evaluations in the Local Government Association (LGA) Social Care... 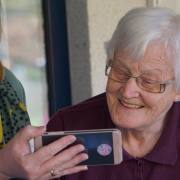 The Local Government Association (LGA) in conjunction with NHS Digital launched two programmes (LIP and SCDIP which funded local councils to implement new technology innovations that addressed issues in the integration of health and social care. The Institute working with Traverse was commissioned to evaluate the progress of the projects funded under these schemes.

Many of the projects funded in LIP made slower progress than planned and one of the main issues identified was that, as the work got underway, it was found that the initial specifications for the projects did not match the needs of potential users. As a result of this learning, in the successor programme (SCDIP), the first part of each project was a ‘discovery phase’ in which the project team engaged with their user community to develop a fuller understanding of user requirements for the technical innovation being planned.

Twelve projects received funding for the discovery phase and the Institute and Traverse undertook formative evaluations with the teams to support their learning from this phase. Nine of the projects were funded to proceed to the implementation of the technology. This study confirmed the Institute approach to projects of this kind: introducing new technology into a complex and changing organisational context, (in this case where new forms of integrated health and social care were emerging), requires an evolutionary approach in which regular summative evaluations of progress serve to progressively shape subsequent phases of the work.

The evaluation report of the discovery phase of SCDIP is here.