Often there is a discrete moment or point when things change and future events tip over into a new circumstance. Sometimes we can see this coming and sometimes it is a surprise.

Here is a story. 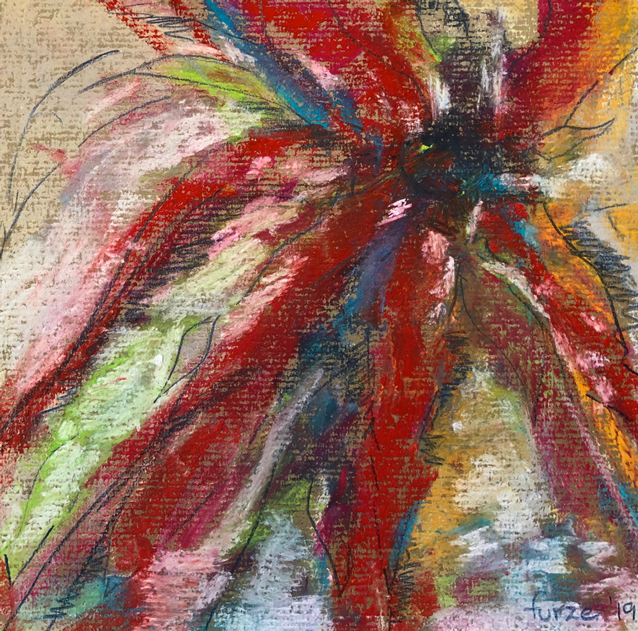 There is a point to things. A point. Notice the focus on the singular.

The four children were making their way home from school in group-security.

“Never walk home alone”, Nathan’s mother had emphasised weeks ago. And continued to emphasise on a near daily basis. FFS, he was 14! Not a kid anymore. Not so small as to be easily swiped by some paedo.

Nevertheless, the four were four and were in a certain unspoken agreement that walking together was the way to go.

The school was in a leafy borough, post-war lime trees lined the streets, making the pavement sticky with resin at certain times of the year. The slight resistance of the sole of the shoe lifting from the paving slab was an early sign that unintended or wickedly planned stumbles would be rewarded with unsightly, gummy blemishes on hands, elbows and any other extremity which made contact with the ground. The walk had other perils, more usual than the vague challenges provided by trees. Traffic at times was crazy. Some kids seemed to have lifts who took the challenges of gaming to the streets, psychopathically trying to bury the noses of their pimped-up Peugeot’s into the passing throng of students tramping home. Road crossings could be crowded as the change in the lights was impatiently awaited. These were choke points. Convergence zones where masses were penned in ranks, waiting to be released on the green light, like a broken pack of pool balls, to the variable directions, speeds and clusters people adopt as they disperse. There was one particular such point.

Nathan did not like this point. It was on his mind each day on the journey in. “The point” he called it. The Point was what all his small gang called it. Parents referred to is as: ‘an accident waiting to happen’.

It had probably emerged by chance or accident. A desire on the part of the local council not to demolish a line of good, low-cost terraced housing in an area where house prices were beginning to make home ownership impossible for those of modest means.

In one section of Nathan’s commute was a hundred metres of steep descent. Shortly after a pizza and kebab outlet, the main road did an acute turn to the left, a snake curve, the road bending round the line of terraced houses. To allow pedestrians to avoid following the loop in the road, at the ‘elbow’ in the road was a crossing point with the pavement on the far side buffing up to a metal fence. The pavement was narrow, the fence marking the edge of the steep fall. The road curved around the line of houses to continue on its way ten metres below. The metal fence and row of housing was punctured by a narrow stairway which took the pedestrians directly down to the lower road as it swept back. The stairway was steep and descended to another narrow pavement. This was “The Point”. Steep descent, choke point crossing, narrow, steep stairway, narrow pavement, busy road.

Trudging home in the evening was never a problem. The line of children straggled out on the rising slope and the stairway and fence were wearily and slowly navigated. No, ‘The Point’ was at its worrying worst on the helter skelter morning tumble down the falling slope and the exuberant challenge of ‘getting down the stairs first’. This was when ‘The Point’ would prove to be singular indeed.

What message or core or essential meaning does the story hold for you? There may be many meanings which occur to you but for now try to prioritise just one.

When you feel clear on this, hold it in your mind and read the next question:

How does the story impact on your life and your challenges right now? Why is it important to you at this point in your life? What element emerges as being most relevant?

Again, give yourself time to think of your response and when you feel prepared try the next question:

Question 3. Think about what is the main value that you can draw from this relevance of the story. What does this value bring to the concern you identified earlier?

Don’t rush your response. Take time to think about the value. The word ‘value’ is an interesting word. What do we value and what of value is here? When you are set try this: