You are here: Home1 / All Articles2 / Mindful Stories3 / How can we be heard above the noise? A Mindful Story

How can we be heard above the noise?

At a time when the background noise of advocates shouting or braying seems to fill all space, it is hard to feel that we are heard. Here is a Mindful Story which may provide a clue or two about being heard. 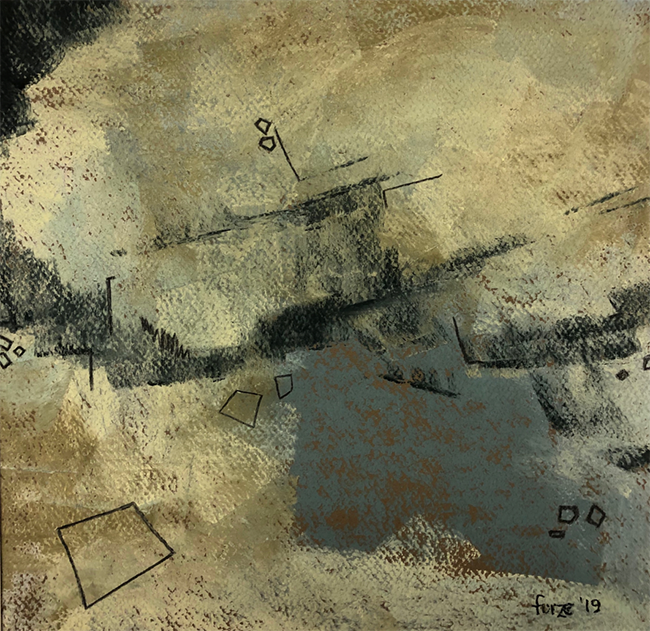 As with previous blogs, find time in your day to read and think. You will need about 20 minutes.

I suggest that you place the story in a mindful setting. So, settle down in a comfortable place and take a few seconds to control your breathing, focusing on the in-breath and the out-breath. Give this a couple of minutes.

He was really dreading the meeting. It was a humiliation and a reprimand in camouflage. They had assembled three ‘Senior colleagues’ to ‘help him’ in his challenging task. Read this as meaning, three Seniors had been called away from their very-important-business in order to sort out the mess which he had been thought to be capable of sorting out himself. This was not good for his career prospects, morale or self-confidence. He felt totally deflated.

Entering the anonymous meeting room, he found one Senior was already in place. With the presentation of calm confidence he did not feel he said ‘Morning!’ in a bright and cheerful, bushy-tail, Labrador-friendly manner. The Senior barely looked up from his pad. Not a good start.

Over the coming five minutes the two remaining VIPs arrived and took places confronting the position he had taken. It felt like an interview and not one for a promotion. The great ones talked among themselves and barely registered his presence. His heart sank further. Finally, the Head of Unit turned up, to ‘Chair’ the meeting. The Chair and potentially the judge and jury.

He was asked to set out the current situation. This felt helpful. He knew the context inside out and was happy to be able to put his side of the situation to them all. He did not want to whine but he felt that he had been put in a terrible situation. Essentially, he was a junior in charge of a herd of highly egotistical cats! No one could be told what to do. Everyone had to be cajoled and stroked into action. It had been the worst six months of his life. He had done his best, but it had not been a fair fight. If he had not been fully understood prior to the meeting he now had the chance to describe his side of things. He spoke into what felt like an unforgiving silence for five minutes or so. As the minutes went by the silence grew into what felt like hostile impatience. He faltered, intimidated by the vacuum of response, the lack of signals of register from his audience, he repeated himself and he gradually wound down. What had begun as a confident outline of a complex situation ended as a rambling waffle. Or that is how it felt.

Then one of the Seniors’ looked up, smiled and, following a reflective cough, suggested that he would like to start by saying back to him essentially what he had just said, but from the point of view of the Senior’s understanding. Surprised he nodded, and the Senior began. In his repetition there was no judgement, no leaps to personal assessment; rather a seasoned and diligent reiteration with understanding of the story as told. The waffle and whinge were missing, but the main themes of the story remained.

In the same way that there was no judgement in the review, similarly there was no suggestion of redemption or kindness, no inflection of solution just the balanced and thoughtful understanding of what he had said.

In feeling heard in this way his emotions were suddenly and strangely close to elation and this astounded him. He had no idea why he felt so good, but he had not been judged. He was not saved but nor was he damned. He had been heard and this felt like a new experience to him. To be truly heard. His hell had been taken into another human being’s consciousness, listened to, processed and was now presented back to him, in a question, as an accurate account of the situation.

From this point of view, he knew that what would follow might be tough, might be difficult and might require a lot from him but it would be based on his real situation and his real feelings.

This was enough. More than enough, it was a new beginning.

What message or core or essential meaning does the story hold for you? There may be many meanings which occur to you but for now try to prioritise just one.

When you feel clear on this, hold it in your mind and read the next question:

How does the story impact on your life and your challenges right now? Why is it important to you at this point in your life? What element emerges as being most relevant?

Again, give yourself time to think of your response and when you feel prepared try the next question:

Question 3. Think about what is the main value that you can draw from this relevance of the story. What does this value bring to the concern you identified earlier?

Don’t rush your response. Take time to think about the value. The word ‘value’ is an interesting word. What do we value and what of value is here? When you are set try this:

Using Mindful Stories – reading, reflecting, renewing – how is it done?

Mindful Stories: working with the subliminal – a BI method developed by Simon Bell