You are here: Home1 / All Articles2 / Resources3 / Methods4 / The Double Task 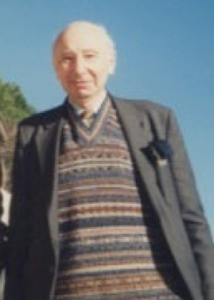 The double task approach was developed by Harold Bridger at the Tavistock Institute of Human Relations in the 1950s. Harold’s starting point was that we are all driven to complete our primary task: the currently most pressing one, the deadline to meet, the customer’s order to fulfill, the problem to be solved. But if we are continually obsessed by the current task we can miss the bigger picture: are we tackling the right task, are we going about the best way, why are we not all working together on this?

Harold was fond of saying that, every so often, we need to ‘suspend business’: to stop work on the first task and switch our attention to the second task, that of reviewing the what, why and how of situation we find ourselves in. This switch is a move from a ‘doing’ mode to a ‘learning’ mode, a move to reflecting, gathering evidence and testing assumptions. It can be a challenging process and Harold was particularly concerned to create safe places, space and time for the reviewing processes to be effective. The need for a double task approach is pervasive in work organisations. It exists at all levels of human activity and there are methods to support it at all levels.

Commentaries on Harold Bridger and the Double Task

‘ To oversimplify somewhat, what Bridger had in mind was the engaging in an activity – task one – (e.g. a boardroom discussion), and ‘suspending business’ and reviewing the underlying psychodynamics and other processes – task two – affecting the discussion. Thus learning cycles of doing and reviewing can help the orgnisation to function at an increasingly sophisticated, and one might say, more mature level in the work that it does. By so doing we might say that the organisation develops reflective practitioners who, together, create the learning organisation.

In Wilfred Bion’s terms this working in a double task manner helps the group stay in work mode rather than in basic assumption mode. In the work mode the group focuses intently on its task and remains in close touch with reality. Whereas in the basic assumption mode, the group gives way to primitive processes which make it function as if its primary purpose is to reduce the group’s anxieties and avoid pain or emotions that further work might bring. This is not to say that Bridger’s task one is the same as Bion’s work group or that task two is simply basic assumption mode. Rather the common element is that irrational forces below the surface of group functioning can undermine the group’s work. Reviewing and exploring both aspects of group functioning is a means of achieving sophisticated and effective group
work.

Derek Raffaelli (2008) Working the other way In D. Graves (editor) Sense in Social Science: A collection of essays in honour of Dr. Lisl Klein  Graves, Broughton 109 – 122

Towards Understanding Problem Structuring and Groups with Triple Task Methodology...
Scroll to top